Home / Relationships / Family And Friends / Talking With Your Daughter About Sex (Not for the weak of heart.)

Talking With Your Daughter About Sex (Not for the weak of heart.)

Feature photo by sometimesafantasy
There are plenty of books out there that deal with how to tell your kids about sex, the dangers of promiscuity, how their bodies are changing, and protection. Talking with your daughter about the pleasures of sex is a whole other matter. How do we discuss the fact that it’s fun, adventurous, and meant to be shared? My goal here is to help you along, not to hand you a speech. I’ll cover some of the subjects you may not have even thought of as a teen but which our kids may be facing in school and on the internet.

Let’s start with a little soul searching. Why? Why are we going to talk with them? What are our goals? Sit down, have a heart to heart with yourself and make sure you aren’t bringing your own baggage to the table. If your goal is “I don’t want them to have sex because it’s dirty or because men/women are all  jerks”, find a friend or family member to handle ‘the talk’ and get some counseling. I say this for your sake as well as theirs. Seriously, they don’t need twenty-some-odd year’s worth of baggage dumped onto their shoulders.

Next make a list. Here’s one to get you started.  I’m sure you can think of more points.

Try to focus on the positive instead of the negative, even in notes to yourself.  Gear yourself up with good happy thoughts.  What a wonderful part of her life she is about to embark on.  You, as a parent, have the privilege of helping them step carefully towards something that can bring a lifetime of pleasurable experiences. 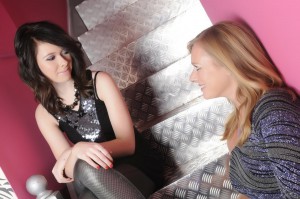 Which brings us to the crazy hot stuff:

Sex with male or female

Most of us assume our kids will prefer heterosexual relationships but gay relationships, even poly-amorous relationships, are becoming more and more prevalent. If she leans in that direction, it’s important for her to understand protection and to know that no matter what, you still love her.

We never think teens, especially younger teens, participate in alternative lifestyle sexuality but we need to take a look at the internet and know that our kids, no matter how innocent, may be into some kinky stuff. I recently had someone like my unicorn painting on deviant art. Out of curiosity, I looked at her page. Under her photo was this sentence: “I’m 16 and a bit of a pervert.” We want our kids to be ‘normal’ but, in truth, by the time a kid is 15 or 16 years old he or she has probably begun to have fantasies far from innocent. Kink is on the rise as is the acceptance of it. Let it be OK, even if you don’t understand it. Let your daughter know that you will love her regardless and that even in kink, safety comes first. This way she may actually come to you if she wants to try something dangerous.  Leaving you with the choice of steering her clear, or discussing safety and consequences.

The important point, one I’ve made over and over, is to let it be OK for your kids to be themselves. Keep the door of communication open at all cost. Discuss safety more than morality.  They will learn from your modeling more than your words anyway.

Talking To Your Adult Daughters

If you have blown it, and your kids have grown up, it’s not too late. All in all, I pretty much failed at ‘the talk’.  When my oldest two were young I was inhibited and, quite frankly, frightened at the prospect. What if I said the wrong thing? When is the right time to talk with them? Etc.. My mother waited till I was 15 or 16;  I remember saying, “Mom! I already know all that. I’m not stupid.” I knew I needed to talk with them way earlier than that.  My solution was to buy books and tell them I would discuss  the content if they wanted. Like typical kids, they turned to the internet and friends instead of asking me for answers.

Fourteen years later I had my opportunity again. By then I had come to peace with my own sensual nature and felt confident about presenting sex in both a factual and fun way. However, my third daughter said that her oldest sister had already told her all about it. Oh well. At least I tried, and at least her sisters covered all the bases.  It wasn’t till much later that I turned my fails into success.   I can’t remember how the topic of sexual preferences came up with my oldest and a few of her girl friends, but I’ll never forget the ending.  After we had all shared what we preferred in the bedroom, I asked her if our conversation had made her uncomfortable. She said no, that it had made her feel like she wasn’t a freak for the first time ever. Now she knew where she had gotten her sensuality from.  Although I had never shared or modeled that sensuality we shared enough DNA for it to be passed along.

I hope this topic has given some of you the courage to step out of your comfort box and have not one but several conversations with your kids.  They don’t need the nitty-gritty details but being honest about your own desires and leanings (with your adult kids) can do wonders towards making them feel good about themselves. Hint: A bottle of booze helps. 😉

With a long history in the artistic fields, fantasy fiction author, E.S. Tilton’s journey towards sexual freedom has been bumpy. Molested as a child and raped as an adult, this former minister has finally reached a point where she can enjoy sex with a fun loving, healthy attitude and is positive that you can get there too.
@https://twitter.com/sexyfantasybook
Previous 5 Important Things To Teach Your Daughter
Next Why Do You Wear Clothes? 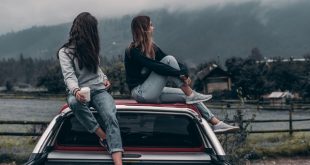 5 Tips For Navigating Life With An Addict 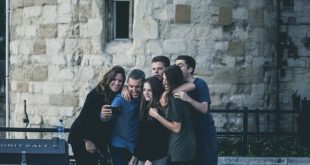 3 Ways To Enhance Your Family Life 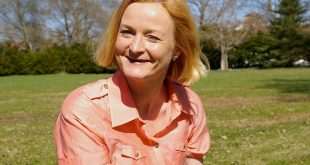 5 Fun Things To Do For Empty-Nester Moms 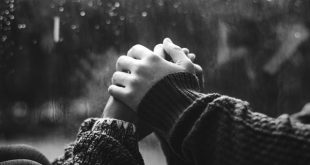 Relationships always need to operate on a two-way street, this goes without saying. Even in …