Where Has Mentorship Gone?

I sat in my living room the other day talking to a friend. We got on the subject of mentorship by way of realizing that neither of us had a great example of a loving marriage as we were growing up. I took the thought further by trying to think of any couple that I knew personally who would score an eight or higher in that department. The sad reality was apparent to me. I had never really seen a married couple who permeated happiness much past the initial honeymoon phase. Let alone anyone who had been willing to share openly about their relationship.

This seems so sad to me. I’m thinking, where are the mentors, the teachers, and the ones who show the younger couples how to make it through the tough times? Not to mention, the wise elders who would help young people discover who they are before they go and dedicate their lives to someone else. A little self-analysis and personality profiling with a mentor would do wonders for the future of anyone’s love life.

I think parents, grandparents, and teachers are afraid to get involved in delicate topics, such as, love, sex, and marital problems. Once kids grow up, are out of the house, and well on their way to the altar, it’s almost too late to start preparing them for the reality of marriage. A few words from mom and dad in the bridal room ten minutes before the ceremony are not going to cut it.

The mentoring process needs to start from the beginning. Young children, even babies, need to see a solid example of a loving, happy coupling. When that doesn’t happen, we are damaging their potential for greatness in a future relationship. I’m not saying that I have been the greatest mentor in this area; on the contrary, I know I haven’t. I just want others to think about where they stand in this responsibility.

It’s never too late to admit that you have been wrong. Children and anyone who looks up to you will respond favorably to sincere honesty and an apology. Talk to young people about your own mistakes; teach them how to avoid the same pit falls before they get to them. They will appreciate your concern and transparency. I remember a meeting from years ago when I was a youth pastor. That particular day, I was to give my personal testimony. It ended up being one of the most endearing times that the group ever had because I was completely honest. I shared a lot of my past (good and bad), feelings, and the fact that I hadn’t really been the best leader for them.

At that time, I was going through some emotional trauma and depression. To admit that I lacked strength was a painful thing. I had been a hypocrite. The lesson that I learned that day was much more powerful than any I had taught them. When I was willing to drop my own pride, I could then be useful to someone else. I began true mentorship by being honest and acting on that honesty.

Individuality: The Paint on the Canvas

Mentorship is an art; each person is responsible for creating his or her own way of teaching the up-and-coming. It has to be this way so future generations can reap from the vast knowledge, artistic flair, and personal experience of their predecessors. Most of us can remember a quirky teacher or coach who stood above the rest. They remain in our thoughts into adulthood because they had a unique ability to relate to and encourage us.

Don’t underestimate the power of your experiences when shared with love and forthright courage. Young people listen if they feel you care about them. If only more people would step up to the plate and send forward a legacy that would make a difference in someone’s life. Mentorship can start today…with you.

"I make no excuses for my diverse roles as a Rock Your Feminine Type Coach™ and Branding Expert, best-selling author, and crime thriller novelist. Yes, I do still chuckle a bit at the irony. I kick ass as a women’s biz coach by day and kill off vulnerable fiction characters at night. What the hell, it makes for some interesting dreams. I believe that everyone should pursue their passions no matter how out there they seem to be. One of those pure heart-fluttering passions for me has always been writing. Since I did, indeed, chase my dream of being a writer, I've published two non-fiction books in the self-development genre, co-authored an international best seller, and now I'm finally pushing my much-too-old-to-be-in-the-nest novel out the door and into the world. My whole world is empowering and I adore showing others how to live life unfiltered, whether I do that through the written word or my coaching work. I love my job!" ~Kellie R. Stone
@womenslifelink
Previous How To Choose Foundation
Next Fashion Dos and Don’ts 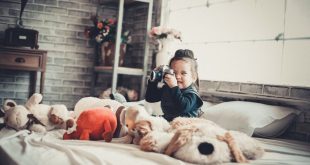 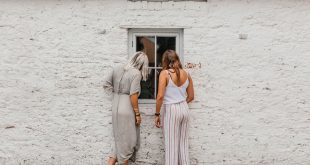 3 Worthwhile Investments For Women To Consider 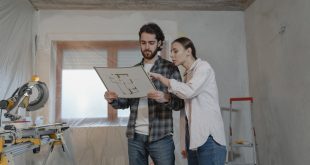 4 Ways To Get Better At DIY Home Improvement

First dates have a bad reputation for being awkward, nerve-wracking, and even emotionally difficult. However, …