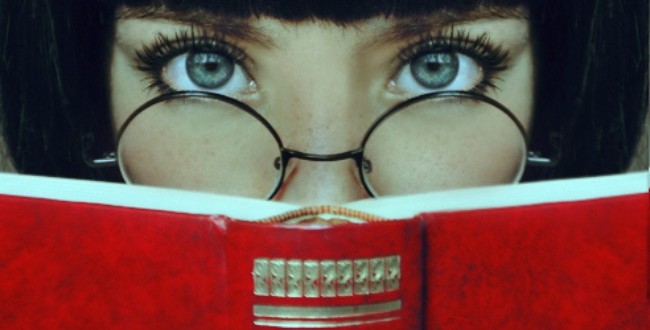 I’m excited to tell you we have a whole bunch of great books to give away for the Grand Relaunch Party on Saturday!  If you are interested in winning a particular book(s), please say so in your entry comment; otherwise, you will be entered to win all of them whether you like it or not!  The giveaway expires at 11:59 pm EST on Saturday February 9, 2013.  Each comment you leave will give you one entry.  If you really want to win, try getting some additional entries.  They are as follows:

Blog about our site, relaunch event or this giveaway- 10 entries

For more details on the Grand Re-launch event and the giveaways, check out this post. 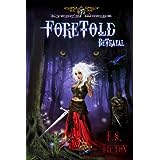 by E.S. Tilton (For mature audiences)

A Utopian society. Shattered, by a single act of betrayal. Caught within a world where shape-shifters battle beings of super-human speed, where decadent opulence rivals primitive tribalism, Kyra wields illusions to transform into anyone she wants.

The Seven, a cabal of outcast psychics who answer to no one but themselves, pull Tahrek back from the edge of death, leaving him with a life he despises. Torn between tribal honor and a life of deception, Tahrek approaches his newest assignment with dread. The job is simple…

Nothing is as it seems in the Land of Llayentia, leaving the two fighting for their lives against an enemy more ancient than time itself, all  in the guise of the Red Pelican’s Assassin’s guild. This novel is intended for mature audiences. The first chapter and more information can be found at www.freni-kyn.com. 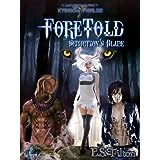 This is Book 2 of the Kyron’s Worlde Foretold series. A paranormal fantasy fiction for adults.

As the bitter cold breath of winter closes in, the same genetic inbreeding that makes Kyra an irresistible assassin guarantees Tahrek’s death.  Despite the unexpected kinks thrown into her plans by Tahrek and the Assassin’s Guild, Kyra wants the same thing she’s always wanted.

To choose any other path would make her a social outcast and she’s not about to let anyone take that freedom from her. Especially the Freni-Kyn Council sanctioned partner, who happens to be an obsessed serial killer.

But then again, she didn’t choose him. He chose her.

In a struggle to protect Kyra against overwhelming odds Tahrek finds himself forced into a series of humiliating situations. Despite the danger to himself he is determined to remain her guard, especially when their roles are swapped.

This novel is intended for mature audiences. 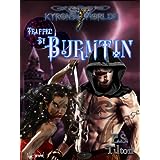 By E.S. Tiliton (A Paranormal Fantasy Fiction Novella For Adults)

The unimaginable horror of awakening in a pool of congealing blood shattered Sarenka’s hopes for a rescue. Her pathetic existence as a drugged captive is about to come to an abrupt finish on the end of a rope. Neither the lack of memory nor sensual Freni-Kyn illusion abilities will get her out of that sure death. Now she’s a cold blooded murderer with a hefty price on her head.

Forced to seek help from one of her despicable captors, Sarenka becomes snared by the same city in which she sought refuge. Burmtin: a city known for the monstrosity of swallowing the innocent, drug trafficking, and other horrific crimes.

A city to hide yourself in.

This novella is intended for mature readers.

E.S. Tilton has donated 5 digital sets to giveaway for the Celebration this weekend! Please enter to win this exciting prize package!

Are You Out Of Your Freakin’ Mind

“Are You Out Of Your Freakin’ Mind? – break mental barriers and live from your sacred creative space” takes you on a short journey to a sacred place, where creative expression and freedom becomes second nature.  Through a series of simple exercises and candid real-life experiences, author, Kellie R. Stone, ignites your deepest creative passions, ones that may have been buried for a long time.  With a focus on positive, creative awakening, you will find new inspiration for obliterating hindrances to follow through and consistency.  Mental barriers melt away, as you follow the easy-to-understand instructions, allowing self-confidence and radiant creative endeavors to come to the forefront of your life.  Artists, entrepreneurs, designers, teachers, writers, hobbyists, and anyone who desires creative change, are challenged to “get out of their minds” and live from a sacred, authentic place, from which life-changing ideas and gifts flow freely.

10 digital copies of Kellie’s book will be given away! Mageara was the head crone of the long-existing Butler clan in Cahir, Ireland. She had cast a curse on Carrick McKinley of the Footfalls in the thirteenth century. Carrick is a vampire waiting for the right person to release him from his curse so he can have his revenge on the last of the Butler clan. The curse bound him from saving Emilee, the one he loved but never changed.

Nine centuries later he has found his way for revenge. The one he desires to kill is the last of the Butler clan that murdered Emilee. He just needs to find a way to escape.

Allyson Joy Butler is the last of the Butler Clan. She has no idea what history she has with the Goddess Conchen.

As Mageara tries to hinder Carrick from tricking Allyson into a release of the Curse of Seclusion, the goddess gets involved.

Fourteen Centuries ago Mageara’s greatest ancestor tried to overthrow the Godhead of the ninth heaven. Goddess Conchen has been planning her own revenge for the murder of most of her family.

One lucky reader will win a digital version of Echoes of Emilee!

110 Ways to Spot a Toxic Person

“110 Ways to Spot a Toxic Person” is a concise and clear manual on how to identify and deal with the people in our lives that leave us feeling anywhere from “ICKY” to down-right abused. I already knew who most of the people in my own life were from the moment I saw the title. However, this little book completely validated what my guts knew to be true. I no longer have to wonder if I am crazy! Thanks to the authors for making it so simple to live in a new way! I am confident you will feel empowered to get rid of that influence in your life and DE-TOX from them one by one!

One digital copy of this book will be given away. It is currently in a pre-release state, so winner will be notified of prize availability.

There is a Magical Connection Between Animals and Humanity The Fur Agreements is for anyone who has looked into the eyes of a beloved pet and found their own heart. It is a book about, for, and because of the animals in our world and the missions they come to us with – the agreements they make with the Divine to be our Wayshowers on the path to our emerging true humanity. In this inspiring and thought-provoking book, you’ll discover the soul-to-soul connection between people and animals, including: • How our pets become our teachers and protectors • Why we bond so quickly with the animals we love • What to do when your beloved pet is ill or hurting • The role of the Blue Angel and how to access her assistance to help animals Written by Dr. Tricia Working, animal healer, communicator, and advocate, The Fur Agreements will transform the way you think about and care for the animals of our world.

Dr. Working has graciously offered 5 digital copies for the giveaway!

I hope you all can attend the event on Saturday February 9, 2013 on the Facebook fan page, but if not, you can enter to win these prizes right here on the site.  Don’t forget to specify which books you are interested in.

"I make no excuses for my diverse roles as a Rock Your Feminine Type Coach™ and Branding Expert, best-selling author, and crime thriller novelist. Yes, I do still chuckle a bit at the irony. I kick ass as a women’s biz coach by day and kill off vulnerable fiction characters at night. What the hell, it makes for some interesting dreams. I believe that everyone should pursue their passions no matter how out there they seem to be. One of those pure heart-fluttering passions for me has always been writing. Since I did, indeed, chase my dream of being a writer, I've published two non-fiction books in the self-development genre, co-authored an international best seller, and now I'm finally pushing my much-too-old-to-be-in-the-nest novel out the door and into the world. My whole world is empowering and I adore showing others how to live life unfiltered, whether I do that through the written word or my coaching work. I love my job!" ~Kellie R. Stone
@womenslifelink
Previous Is There a Connection Between Your Gut And Mental/Brain Disorders?
Next I Is Also For Intuition

Open Your Heart To A New YOU!

Novica Giveaway For The Holidays!

I wanted to share some information about an amazing natural therapy that can help boost your health. Natural Rejuvenation of Indianapolis is giving away to one lucky reader a gift certificate for the combo package that includes the Ionic Detox Foot Bath and the Chi Machine, valued at $50. If you have any questions, please contact Terri Hawkins, N.D., PhD at Natural Rejuvenation.