Home / Health / Vitamin D: A Missing Link in Our Health? 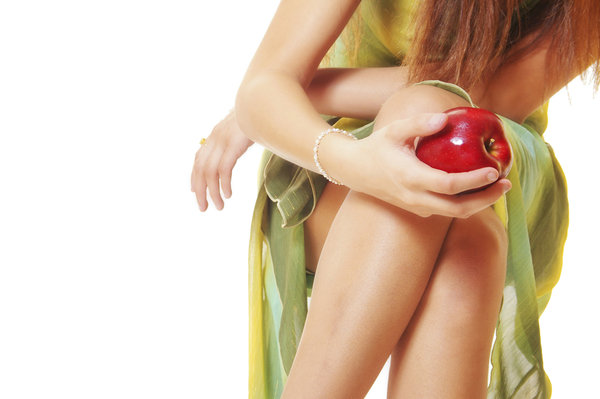 Vitamin D: A Missing Link in Our Health?

I recently posted an article on skin cancer awareness and embracing pale skin. Well, today a friend on face book posted a link to information on vitamin D. Because many are shunning the sun, they are unfortunately suffering from a vitamin D deficiency. I, myself, find it difficult to stay in the sun for any length of time without showing signs of burning. This leaves me with the challenge of finding another way to get my share of the important vitamin. For those of you, who do not know what Vitamin D is for, understand that it is both a vitamin and a hormone. It’s a vitamin because your body cannot absorb calcium without it; it’s a hormone because your body manufactures it in response to your skin’s exposure to sunlight.

I also found the article on Mercola.com interesting because of the claims that vitamin D acts as an antibiotic in the body to fight the flu and colds that almost everyone gets. The article stated that in April 2005, an influenza epidemic swept through the maximum-security hospital for the criminally insane where Dr. John Cannell worked. Despite the intermingling of all the patients, those on his ward that had been taking 2000IU of vitamin D daily did not get sick. He went on to suggest that that is the reason why colds and flu pop up in the winter months when sunlight exposure is limited.

Epidemic influenza kills roughly a million people every year worldwide, usually by causing pneumonia. And with the recent outbreak of the Swine Flu, this information could be highly useful for everyone. Because the flu vaccine is not 100% effective and does not protect against colds and the respiratory infections that can develop, many are still looking for other ways to guard against the sometimes-serious illnesses.

In addition to the antibiotic properties, I have noticed some correlation between vitamin D and weight loss. After the birth of my daughter last year, I had some baby weight to lose but was having trouble with the last 10 pounds. I figured it was my age and the fact that I wasn’t getting enough exercise. A supplement company I purchased from sent me some information about vitamin D. They insisted that we should be getting much more than the daily 400IU that the FDA had approved. I was interested in doing a little experiment, so I rushed out and purchased a bottle of 1000IU tabs. Along with the 400IU in my prenatal vitamins, I took two of the 1000IU tablets daily for a month, bringing the total to 2400.

It Worked for Me

Because I had also been tired and lacked the energy I needed to exercise, I was hoping that the change in my supplements would help in that area, as well. Almost immediately, I noticed that indeed my energy had perked up. Not only that, after the four weeks, I had lost around ten pounds without changing anything but the vitamin D. I’m not claiming it’s a miracle weight-loss supplement, but I am saying that it helped me recover from childbirth and all of the unpleasant things, like extra weight, that go with it. I’m not sure how this common vitamin helps with fat loss, but I would like to find out. If anyone has info on this, please let me know.

A Guardian in So Many Ways

Not considering that it may have immune system boosting power and a kick-start for your weight loss program, you need it to ensure bone health. Also, some evidence suggests vitamin D may be a defense against an array of more serious illnesses, including many forms of cancer, high blood pressure, depression, and immune-system disorders such as multiple sclerosis, rheumatoid arthritis, and diabetes.

Foods Are Not Enough

You can get vitamin D from milk, fatty fish, and some veggies, but most people get very little through their diets. “It’s a major health problem,” said Michael F. Holick, a Boston University scientist who is the most prominent proponent of the role of vitamin D in health. “Everybody has always associated vitamin D deficiency with rickets in children, and after childhood you don’t have to worry. There’s nothing further from the truth.” In addition to suggesting dietary changes and sun exposure, he is one of many trying to get the daily-recommended amount increased to at least 1000 international units a day. And we all know what debate that is stirring up.

Skin cancer experts are reeling at the notion that people should purposely expose themselves to the sun without protection making them vulnerable to the most common malignancy. In his controversial new book, The UV Advantage, Holick recommends exposing the hands, face, arms, and legs to the sun for five to 15 minutes a day a few days a week. He claims the small amount of exposure will not increase the risk for skin cancer. For most, this is probably fine, but there are the “pasty” few who should be cautious. Just use the common sense approach for this. You know your body’s limitations. Be careful and try to get your vitamin D from other sources.  Moms, don’t forget about your children; they are vulnerable to Vitamin deficiencies, as well.

"I make no excuses for my diverse roles as a Rock Your Feminine Type Coach™ and Branding Expert, best-selling author, and crime thriller novelist. Yes, I do still chuckle a bit at the irony. I kick ass as a women’s biz coach by day and kill off vulnerable fiction characters at night. What the hell, it makes for some interesting dreams. I believe that everyone should pursue their passions no matter how out there they seem to be. One of those pure heart-fluttering passions for me has always been writing. Since I did, indeed, chase my dream of being a writer, I've published two non-fiction books in the self-development genre, co-authored an international best seller, and now I'm finally pushing my much-too-old-to-be-in-the-nest novel out the door and into the world. My whole world is empowering and I adore showing others how to live life unfiltered, whether I do that through the written word or my coaching work. I love my job!" ~Kellie R. Stone
@womenslifelink
Previous Pale Skin: A Smart Choice
Next Fashion Dos and Don’ts: Avoiding Bloopers 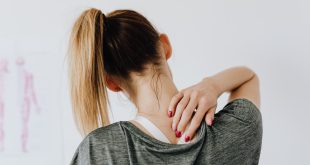 6 Effective Strategies To Minimize Back Pain 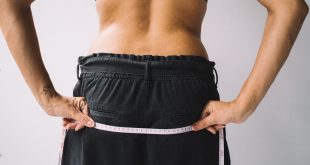 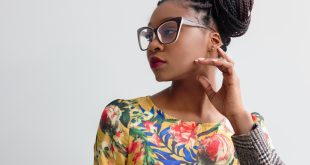 The new year has arrived, and it has brought with it an ideal opportunity for …