Home / Health / Is Chronic Migraine Curable? Part One: The Loudest Voice In My Head

Is Chronic Migraine Curable? Part One: The Loudest Voice In My Head

You know that cliche that says you don’t know what you have until it’s gone?  Well, recently I realized it applies to not only losing the good, serving things in your life but to the icky, shit hole ones too.  I’ve been a chronic migraine and daily headache sufferer for over 13 years, and now…I’m not.  What I’m about to share with you could change your life forever, so please read through this post.  As to the cliche reference, well…allow me to explain:

I know what I had, and it was a profound case of listening to the wrong voice in my head.  I listened to the one that said “You can’t do anything that requires commitment because you are sick!” and “Your identity is in your illness!” or “You will never get better!” and “You are kidding yourself trying to help others!” and “There’s nothing you can do about your pain!”

There was a new voice…it was louder than all the others!  It said, “Fuck this!

I won’t apologize for the harsh language this time because there was simply no other words to get me to listen, change, and move.  I could have just stood in the mirror and said, “I’m sick of this!” or “Stop being sick!” and “Headache go away!” or “I can’t do this anymore!”  You see what I mean?  Those statements lack conviction and cutting power.  These two words, however, did not come without years of preparation and, more recently, some deep soul searching that lead me to list every single thing I learned from my pain and illness.

The new, loud voice in my head became my new best friend.  It said don’t be afraid to try new things that you haven’t done before.  I know migraineurs can get stuck in treatment ruts and forget that they really haven’t tried “everything” as is so often declared in the doctor’s office and to friends and family.  Though I am an aware woman, who understands health and the body’s true map to get there, I became stubborn, unwilling to DO some things and to try others.  It wasn’t until my teenage daughter began to get serious complex migraine headaches and seizures that I started looking at some new options.

Sometimes all you need is a pair of fresh eyes on the case (and a new voice in your head) to change everything.  My daughter wasn’t willing to live with her headaches and seizures.  She researched for hours the common known causes and theories about the connection between migraine, seizures, and hormonal imbalances.  Her findings amazed me not because I’d never heard any of it before but that she took the initiative to DO it.

She decided to first try cutting out all of the foods she had been allergic to as a young child.  Those included wheat, dairy, corn, chocolate, and tomatoes.  Though she outgrew her allergy, she thought there may be lingering food sensitivities, which is a whole other animal with which to be reckoned. And I decided (still listening to the new voice) to go on the eating plan with her.  I dropped the wheat (gluten) and dairy completely from my diet.  The reason I’d never tried this before was a lack of digestive issues to speak of.  The laundry list of doctors and I never red-flagged that food could be hurting me.  I’ve done plenty of cleanses and dietary restrictions before but never just flat out dropped an entire food group from my plate.  Oh, yeah, I stopped drinking coffee too!  I did this because my daughter found research that suggested gluten and coffee do similar things to sensitive individuals.  Kicking and screaming, I grudgingly put my coffee maker in the garage.

The last headache I had was two days after I ended the java.  And you all know how painful caffeine withdrawal headaches can be…don’t you?  It was a doozy!  No worries.  I spent the day in bed and was fine the next day.  That was when I started the other “new thing” that changed my life forever.  I was turned on to a book called Pain Free: A Revolutionary Method for Stopping Chronic Pain

Again, most of the basic health info within was that which I’d read and even practiced, but I kept reading…

I did exactly what he said to do.  The series of exercises I learned were nothing short of genius.  I started them immediately.  And, as nearly guaranteed by the author, immediately I felt my body change.  I’m not kidding or exaggerating.  Pain that I’d suffered since my early twenties left….including, the head pain.  Three, four…seven days went by with no headache.  The new gluten, coffee, dairy free diet and my postural alignment plan from the book were easy and positive results screamed louder than I ever could.  A month…nearly two months went by and I still had not had a migraine or a daily headache.  There really are no words to describe my feeling.  But I’m sure they are the polar opposite of Fuck This!  The last migraine I lived through was November 4, 2012.  I don’t know if it will be the last, but two months into a new life, I’m hopeful and living each and every day fully.

Because of the major layer I’ve peeled off the onion of true health, I’m continuing to work toward the core of health greatness.  I’ve recently done a candida cleanse diet (still on that) and have religiously used the natural progesterone product Emerita (Pro-Gest) Pro-gest Cream

to balance my peri-menopausal hormones.  More work to do, but I’m game.  Meet me here very soon for part II of the series:  Inflammation Was Killing Me.  And, sorry this was a little longer than my normal post, but you understand how significant it is.  This has been literally the most fulfilling, pleasurable article I’ve written in the nearly four years I’ve been doing this!  Thank you God, Universe, Angels, Guides, Humanity, and every living and non-living thing that has helped to get me here!

Please leave your comments and questions.  I will answer YOU!  And pass this article along to those who need it.

***The content of this article is strictly informational and is not meant to replace the advice of your health care provider. Women’s Life Link, its authors, associates, linked sites, and commentators do not claim that any of the content will diagnose or lead to a cure or improvement of any disease or condition.
Share

"I make no excuses for my diverse roles as a Rock Your Feminine Type Coach™ and Branding Expert, best-selling author, and crime thriller novelist. Yes, I do still chuckle a bit at the irony. I kick ass as a women’s biz coach by day and kill off vulnerable fiction characters at night. What the hell, it makes for some interesting dreams. I believe that everyone should pursue their passions no matter how out there they seem to be. One of those pure heart-fluttering passions for me has always been writing. Since I did, indeed, chase my dream of being a writer, I've published two non-fiction books in the self-development genre, co-authored an international best seller, and now I'm finally pushing my much-too-old-to-be-in-the-nest novel out the door and into the world. My whole world is empowering and I adore showing others how to live life unfiltered, whether I do that through the written word or my coaching work. I love my job!" ~Kellie R. Stone
@womenslifelink
Previous Snippet Resolutions For The New Year
Next Unveil Your Hidden Beauty 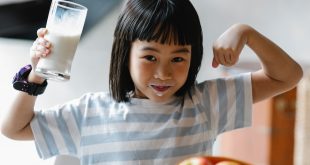 How Do I Keep My Children Healthy?: 4 Areas To Consider 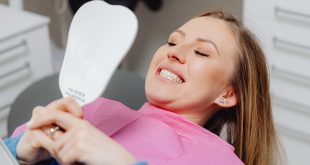 4 Good Reasons To Take Care Of Your Oral Health 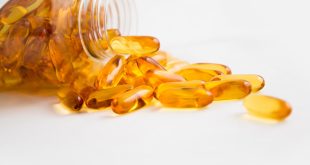 Consider These 5 Supplements For Optimal Health 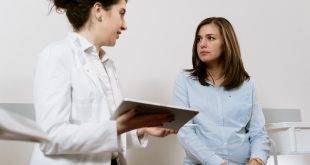