Home / Health / Why Does Healthy Food Cost So Much?

Why Does Healthy Food Cost So Much?

Tip of the Iceberg Tuesday

(A little controversy for your day)

In general woman seem to hold the purse strings when it comes to the family food budget, just as they primarily make the food choices.  You may have noticed it a little more difficult to afford feeding your family lately, especially if you want healthy, organic food on your table.

Why does good food cost more?

Have you ever wondered why “being healthy” is the buzz about Washington and among other media giants but getting there is not affordable for most people?  Have you ever price-compared a regular chicken with a free range one?  Holy cow! You could buy three standardly raised for the price of one of the “healthier” varieties.  Something is gravely wrong with this- far to common- scenario.

I understand the fuel costs rising and even the cost of farming, but this is nothing new.  It still doesn’t explain why there is no correlation between what the government says they want for the American people and what standards they are putting on our food production and its accessibility.  What gives?  Do we all have to plant our own gardens like in bygone years just to ensure that our families eat well?  And with the two income family norm (both parents gone from the home), how is something like that even possible?  I don’t work outside the home and wouldn’t have time to farm my own food.

Do Something to Change It

This is something that is going to take a massive revolution on the part of the American consumer base to make a difference.  More people are wanting to eat healthy but their purchases are still going to be based on what they can afford, period.  Until we start boycotting the junk, they will not change a thing.  Try buying all organic, naturally grown and raised food for a week.  How much more do you think it will cost you?  I’m going to do it and write a follow-up post.  Let us know if you do the same.

He’s Got a Point

I also found this video from a guy who made a dietary change and claims that he spends less.  It’s worth watching.  He has a valid point about how giving up fast food and eating out will cut your food bill in half.  He also states that by eating whole foods, you get more nutrients, which leads to less need and desire for large meals full of sugar and starch.  Be well-be beautiful.

"I make no excuses for my diverse roles as a Rock Your Feminine Type Coach™ and Branding Expert, best-selling author, and crime thriller novelist. Yes, I do still chuckle a bit at the irony. I kick ass as a women’s biz coach by day and kill off vulnerable fiction characters at night. What the hell, it makes for some interesting dreams. I believe that everyone should pursue their passions no matter how out there they seem to be. One of those pure heart-fluttering passions for me has always been writing. Since I did, indeed, chase my dream of being a writer, I've published two non-fiction books in the self-development genre, co-authored an international best seller, and now I'm finally pushing my much-too-old-to-be-in-the-nest novel out the door and into the world. My whole world is empowering and I adore showing others how to live life unfiltered, whether I do that through the written word or my coaching work. I love my job!" ~Kellie R. Stone
@womenslifelink
Previous Organic Coffee for the Soul: Review and Giveaway
Next Why Do You Want to Be Healthy? 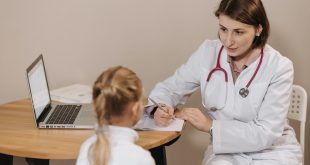 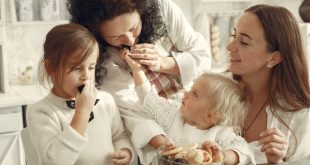 4 Health Symptoms To Tell Your Doctor About 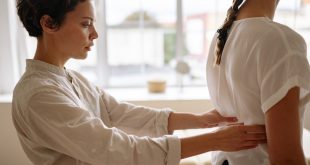 5 Strategies To Minimize Back Pain

Back pain is something that commonly plagues many people, both men, and women. However, recent …