Home / Health / Brain/Mental Health / Why Have I Been Sick Since My Breakup? 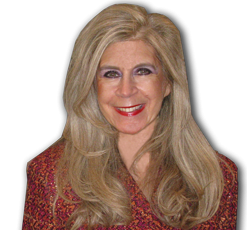 Why Have I Been Sick Since My Breakup?

I have a treat for you today, a post from Dr. Bonnie!  She outlines the significance and commonplace of how heartache can actually lead to physical pain and disease.  Learn from one of the best relationship experts in the world here on Women’s Life Link!

Most of use “physical” language to describe our feelings when going through an emotionally tough time. And a new study shows there’s a reason for that – according to the LA Times: “In our brains, too, physical and social pain share much the same neural circuitry. In many ways, in fact, your brain may scarcely make a distinction between a verbal and physical insult.”

The research, conducted by psychologist Nathan Dewall at the University of Kentucky reveals that we feel and respond to social exclusion at least once a day on average. He says that’s actually a big deal, but one that tends to get downplayed by friends and colleagues and even ourselves. However, the human brain has only allocated one system for feeling and processing this pain – the same system our brain and body uses to process physical pain. “Instead of creating an entirely new system to respond to social hurt, evolution piggybacked the system for emotional pain onto that for physical pain,” DeWall says. The research shows that two regions of the brain which were previously only credited with processing physical pain come alive when someone looks at a picture of an ex and thinks about how they felt about the breakup.

While I typically encourage people to work through their differences and make a relationship work– especially a long-term committed relationship or marriage – it’s true that sometimes things just fall apart, for a variety of reasons. Once this happens it can be helpful to know that it’s not absurd or out of the ordinary to deal with a literal feeling of heartbrokenness. Yet often I find that people are almost too willing to throw in the towel, which can – as this study shows – actually result in more pain in the long run. Of course, the converse is that staying in a bad relationship can cause pain of its own and I’m certainly not advocating that everyone everywhere should stick out whatever relationship they’re in, no matter how miserable.

Like I talk about in my book, Make up Don’t Break up, if both parties admit there are problems before the relationship gets to a dire point, and both people are willing to put effort into putting things back together, it’s in this type of situation that I believe most relationships are salvageable.

Committing to saving a troubled relationship can produce problems of its own but one top tip I give to people both in my book and in my practice is to develop a habit of engaging in respectful but honest exchanges where both people have the opportunity to share their concerns, frustrations, fears and concerns about the relationship without fear of judgment or retribution. Making this a routine practice in a relationship can help ensure longevity – and less pain!

Dr. Bonnie Eaker Weil (Dr. Bonnie) is a relationship expert who was named by Psychology Today as one of America’s best therapists, and by New York Magazine as one of New York City’s best therapists. Her book, Make Up Don’t Break Up recently won the New York Times “Relationship Book of the Year” award. Known as “The Adultery Buster” and the “No. 1 Love Expert,” she is the best-selling author of Adultery: The Forgivable Sin (adapted into a Lifetime movie starring actress Kate Jackson), Make Up, Don’t Break Up: Finding and Keeping Love for Singles and Couples (Revised edition Feb 2010, including DVD How to Fall in Love and Stay in Love for Singles and Couples), Can We Cure and Forgive Adultery?, Staying Not Straying, How Not to (S)Mother Your Man and How to Keep a Woman Happy, and Financial Infidelity: Seven Steps to Conquering the #1 Relationship Wrecker (Making Money Sexy).

"I make no excuses for my diverse roles as a Rock Your Feminine Type Coach™ and Branding Expert, best-selling author, and crime thriller novelist. Yes, I do still chuckle a bit at the irony. I kick ass as a women’s biz coach by day and kill off vulnerable fiction characters at night. What the hell, it makes for some interesting dreams. I believe that everyone should pursue their passions no matter how out there they seem to be. One of those pure heart-fluttering passions for me has always been writing. Since I did, indeed, chase my dream of being a writer, I've published two non-fiction books in the self-development genre, co-authored an international best seller, and now I'm finally pushing my much-too-old-to-be-in-the-nest novel out the door and into the world. My whole world is empowering and I adore showing others how to live life unfiltered, whether I do that through the written word or my coaching work. I love my job!" ~Kellie R. Stone
@womenslifelink
Previous Chicka Chicka Kicked My Butt!
Next What The Drug Companies Don’t Want You To Know… 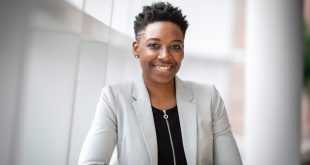 5 Ways Starting A Business Could Benefit Your Mental Health 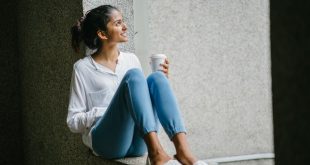 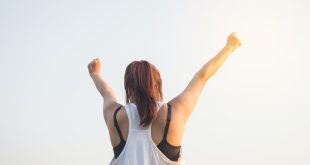 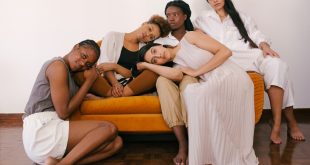 If you’re looking for simple and effective ways to improve your wellness, know that many …