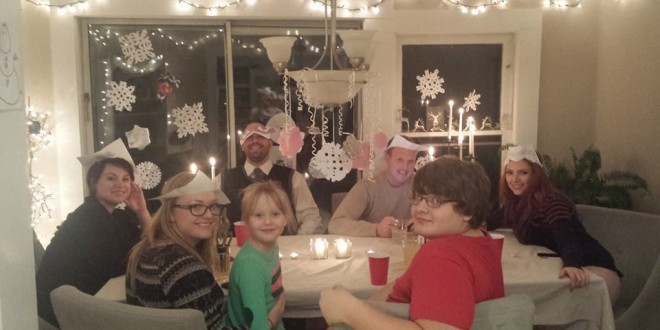 INTRODUCING OUR VERY OWN

I’ve said it before – I’ll say it again.  This is one of the best ‘things’ about my hobby – meeting and interviewing all these absolutely amazing people around the world.  Pictures of pure inspiration – women (and men) who seemingly have it all – but only through their own effort and determination – leaving their ‘comfort zones’ etc.

And our own amazing founder and administrator, Kellie R. Stone, is one such lady.  Dynamic – inspiration personified, down to earth and just a darned nice person.  Born and raised in Indianapolis, Kellie grew up with the same aspirations as so many of us – wanting to change the world in some way.  No idea how to do this – but as she said she just always felt like something important was lingering – just around that jolly corner.  Her childhood was not the happiest and it did cause a few problems with trying to identify a ‘real’ family life ,but, lucky for us, it sure as heck did not stop her.  She still wanted to marry, have her own family – onward and upward for this lady.  At the tender age of eighteen she discovered one of those ‘important’ dreams was to be a mom.  And so she is  now to six beautiful children. 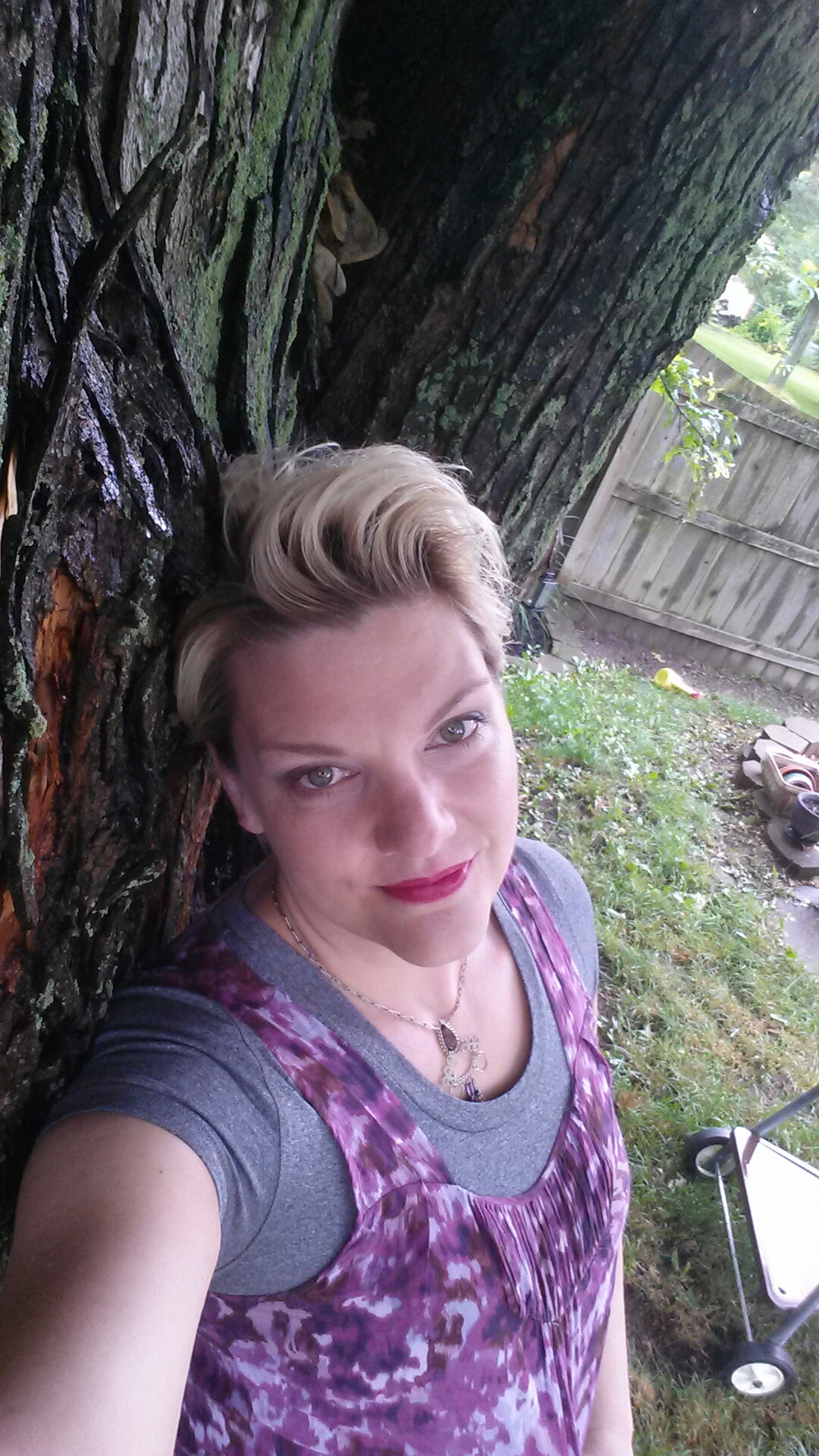 So how in the heck does she do it?  Mom to six, founder and editor of ‘Women’s LifeLink’, author and life coach – just to name a few.  Her answer?  “I drop the ball(s) a lot!” OK… well, at least she’s honest!  She does admit that it can be tough at times, but she considers herself to be efficiently competent but sensibly human – and very sensibly does try not to judge herself too badly for those bumps and bruises – or, as she says – “The train wrecks”.  Simple really.

Kellie laughed when asked what she does in her ‘spare time’ and, like many of us, seriously wonders what that actually means? But, as can surely be understood, she doesn’t have a lot of it – like none – but when she does take time to scratch herself, she also tries to squeeze in some reading, gardening and scouring thrift stores for vintage treasures.

Seems she is also pretty good at arm wrestling,  so I, for one, am going to stay on her good side!  Meditation is another interest and very much a breath of fresh air to her.  She admits if she slacks off at all, God and the universe know all about it – it shows in her attitude, health and connection to people.  In other words, she’s pretty normal, really.  Kellie also admits to having a ‘guilty pleasure’: coconut cream pie, Chinese cuisine and Pecan Sandies.  She found out over a year ago that her 13-year bout with chronic migraines (now all gone) was caused by an intolerance to gluten – so she’s not really supposed to eat any of these things.  But she does… sometimes Well, she is human.

Asked if she has always wanted to be in the publishing business or whether she had other aspirations as a child and teenager, Kellie mentions that she wanted to be a veterinarian – which explains another love – her pets.  It seems one of her cats has a liking for sucking on Kellie’s earlobe – as she says, she thought she was done nursing babies!  She even flirted with the possibility of being a cop at one stage – and a singer.  But she has always loved writing and thank goodness a college professor recognized her talent, and she finally took the whole writing thing seriously enough to take action.

But, again luckily for us, she turned to the publishing business after all and thereby ‘Women’s LifeLink’ was born.  The magazine actually began life as a concept for a live women’s group which held meetings and hosted wellness events.  But then those migraines got in the way and, sadly, Kellie was unable to bear the physical demands of such a group after all.  However, some years later, the suggestion of creating a blog – the idea being to earn some extra money from home – was put to her.  She just needed to come up with a suitable theme and topics for online content and that’s when she remembered the ‘Women’s LifeLink’ concept and realized that, through this, she could still support women despite her health issues.  “This newbie blogger stumbled through the first year or so but found it extremely rewarding and worth every minute she put into it.”  The magazine is now in its fifth year and has established a “treasure trove of quality read by women (and men) all over the world”.

Now, to set up such a publication, Kellie has some wise words.  First and foremost, it is obviously important to ensure that it is something you can commit absolutely to, adding that websites and blogs are like hungry babies.  “They require your attention often, need quality content and undying patience – not to mention thick skin to weather rude comments, spam and marketing companies, trying to buy ad space for Viagra, online poker and adult toys.”  Well, Kellie’s certainly achieving that.  She adds that building an online presence is hard work – so, try to get the advice of a webmaster or at least someone who has some experience.  “Also, don’t think that what you start with is what you will end up with.”  Kellie does mention that ‘Women’s LifeLink’ has gone through several theme and design changes over the years.  But, no regrets.  She has even interviewed NYC singer/songwriter Kalen Lister for the mag, as well as several authors, musicians, corporation CEOs and medical professionals.  No wonder the mag is so interesting.

Kellie’s inspirations are women who reach for their dreams and don’t give up until they have succeeded.  “It’s incredible to see someone change her life, especially in adverse conditions.” Kellie herself is an extremely good example of this and says that knowing  we live in a world of infinite possibilities also gets her blood pumping.

In past lives, Kellie describes herself simply as having been a “Jane of all Trades”.  She has worked in printing, interior design, retail sales, skin care; she has owned a book store, to say nothing of a vintage collectible shop – and now – well, she’s a writer, a passionate messenger to women, and a Journey to Purpose Coach and… the list continues!

Asked whether she has ever been the victim of bullying, Kellie simply answers that “I wasn’t bullied regularly but did experience occasional random taunting for various reasons.  I was pretty flat-chested until after I had my first child, so I frequently was accused of stuffing my bra.  I’m a D-cup presently…no need for toilet paper anymore!’”  Love it!

Sadly, however, the same does not apply for Kellie’s older brother – who was bullied often.  “We walked to school nearly every day and were frequently detained by several neighborhood boys who found teasing him an uplifting event.”  Kellie says that she stood up for her brother more than he did for himself.  So she is not ignorant to how bullying hurts and causes emotional scars.

Kellie feels that more is being done now by the governments and schools worldwide to combat bullying than ever before.  She adds that the bullying events mentioned above, that happened in her own childhood just would not be tolerated in today’s schools.  Like many others, she feels that awareness is the key to ending it.  “Every brave girl, boy, man and woman, who comes forward to speak about their experiences, paves the way for legislature and those in authoritative positions in our communities to take effective action.”  She adds that there could be harsher penalties, maybe even legal ramifications for the act of certain types of bullying.  “I’m not really sure what the current laws state but if kids knew they might be arrested or face criminal charges, they might think twice about engaging in senseless acts of cruelty.”

When asked about aspirations for the magazine in ten years time, Kellie simply says she would like to see it go the distance, but then, a lot depends on technological changes.   Naturally, increasing readership and the strength of the community will always remain front running goals.

The author in Kellie is currently finishing her second  non-fiction book ‘The Butterfly Payoff: a Women’s Guide to Discovering Purpose, Fulfilling Dreams and Getting Paid for it!’ And, more recently, started a third (presently untitled) that is a guide for women writers to learn how to submit better articles to online publications. She describes these works as being extremely important for her career as a life coach and messenger to women.  She adds that there are some prods to create an internet radio program, and then admits that none of this is likely to manifest itself until after her five-year-old daughter goes to school.

Her message to the world?  “My dream is that every woman would know and embrace her authentic self, engage her unique purpose and fulfill every dream that brings joy and energy.  Don’t give up on yourself no matter how hard things get and how far you wander from your dreams.  The path you are now on is the one that leads to your purpose – or at least to the next path.’” Kellie believes that every woman has a story and a message to tell the world.  “I always look for courageous ladies to join our contributor and expert teams at ‘Women’s LifeLink’.”  And she finishes by asking if anyone is interested in sharing written contact to the community, to please visit Submit Your Story/Article.

And her very final word:  She is going to be a grandmother very soon.  CONGRATULATIONS, Kellie and all concerned.

I am a married Mum from Western Australia and while I do work part time for a dietitian, I am also a published author in my own right. Along with being a photographer and journalist – and lots of other things. I am passionate about life – while I am middle aged I do feel that I am ageing backwards – most of the time. Most of my life I have just been ‘coasting along’ – almost veging, I guess – up until a few years ago when I had an ‘epiphany’. I suddenly found myself being ‘forced’ to do something I have always wanted to do – but never known how to. Have books published. Seriously, how do you have books published? For many reasons I pursued this and some years later have two published titles to my name and currently working on four more. The research for three of them is something I am absolutely thriving on – can’t get enough. Yes, I have my hiccups but generally just look at them, think of another way, go around and on. Onward and upward. In a word I absolutely love writing – I am passionate about it. To the stage where I am probably really painful about it.
Previous The Gift Of You
Next Words Of Wisdom From The Lost