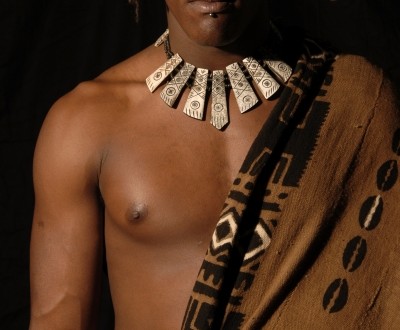 This is part 1 of an ongoing quest to bring you the sexiest places to play, with or without a partner. I’m rating for service, atmosphere, cleanliness, technology, and total spice factor.

Under The Magnifying Glass:

Fantasuite Hotel, Greenwood Indiana.  A cave fantasy can take you from over the top gorgeous vampire gowns to primitive bits of torn leather.  Whether you want to play vampiress or be thrown over a man’s shoulder this will provide a romantic and sensually intense backdrop.

The first leg of the journey involved visiting the Fantasuite website.  The site was informative but a bit slow to load.  After previewing all the suites online we chose the cave room, primarily because we both enjoy spelunking and the art of illusion.  The realism seemed to offer the most immersive environment.

First impressions count, but not as much when the main reason you are there is to fall into your lover’s arms and forget the world exists for a while.  The hotel itself seemed a little run down when we arrived which had me a bit worried.  Charlie’s Angels would have fit right in walking down a lobby staircase which hailed straight from the seventies.

Check in was courteous and quick.  The man who answered the phone when we called for more towels was so happy to serve, I could almost hear him smiling from across the room.  The towels were brought to the room promptly.

The cave theme started at the doorway, making the entrance to our room a pleasant surprise.  Concrete terra-formed walls created a cozy cave effect, complete with stalactites, stalagmites, flowstone, and primitive cave drawings.  See the video of the room below.  Unfortunately I have to give myself a technology rating of 2 for holding the video at the wrong angle and turning the sound off.  It still gives you a peek of what’s in store for you.  The small toilet area had a suede/stone-like wallpaper which helped create the atmosphere.  The lights in the grotto bedroom ceiling were inset into the stalactites, which created problems for filming but enhanced the atmosphere.  Even the headboard of the bed seemed to be made of stone.  The curtains were fur and furniture chunky wood, adding to the primitive feeling.  As a professional faux finisher, I’m hard to impress, but I was impressed with the walls and ceiling.  The cave drawings were a bit amateur but still fun.  We added our own candles to enhance the romantic effect.

The whirlpool was more Jacuzzi than hot tub and big enough for four people.  Foursome anyone?  That was a very pleasant surprise because there’s nothing worse than walking around smelling like chemicals when you want to be sexy.  It also helps insure some of those sweaty pheromones linger in the air, and we all know how that affects libido.  The whirlpool had the added bonus of deleting all worries about other people’s germs.  Speaking of germs, all the rooms were clean.  Did I mention I’m a bit of a stranger-germ-phobe?  The bed was surprisingly comfortable but I wish we had brought at least one extra pillow.

The two technology points came from the microwave, the mini fridge, and an almost endless supply of hot water.  The rest of the technology was nearly as primitive as the theme.  We weren’t able to connect to the internet while in the room.  The telephone looked like it was from the sixties.  The light switches really should have had dimmer switches added to some of them.  The tvs and radio were old tube style.  There were no HD flat-screens or MP3 compatible devices.

Since we weren’t there for the technology none of that really bothered me.  What did was the very loud heater, or dehumidifier, that blew all night long.  It was annoying enough that, despite being completely worn out and very tipsy, I couldn’t fall asleep.  In the middle of the night we were up hunting for the non-existent thermostat.  If I were to stay there again, I would bring some ambient sounds to distract me. 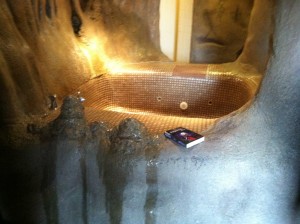 All in all, this room gets a rating of 17 out of a possible 20.  Would I stay there again?  In a heartbeat!  It was a wonderful experience and the shortcoming of low technology might actually help some couples focus on each other instead of the world wide web.  Given that thought, maybe I should raise the rating to a 19.

With a long history in the artistic fields, fantasy fiction author, E.S. Tilton’s journey towards sexual freedom has been bumpy. Molested as a child and raped as an adult, this former minister has finally reached a point where she can enjoy sex with a fun loving, healthy attitude and is positive that you can get there too.
@https://twitter.com/sexyfantasybook
Previous Are You Unknowingly Bullying Others?
Next Approaching Sickness Holistically 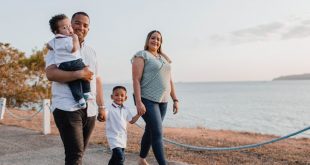 4 Ways To Know If A Vasectomy Is Right For Him 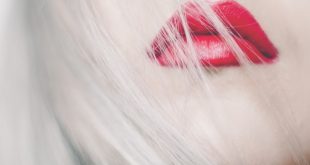 How Important Is Sexual Attraction In Your Relationship? 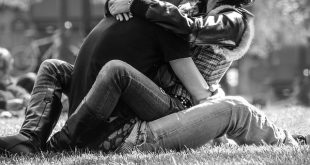 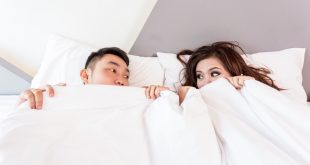 Safe And Satisfying Sex For The Modern Woman

Despite the fact that most of the adults in this world have regular sex, it’s a topic that many don’t talk about nearly enough. That is unless it’s over cocktails with our absolute best friends. So, what do you say...shall we talk about sex? Here are 5 tips for safe and satisfying sex for the modern woman.