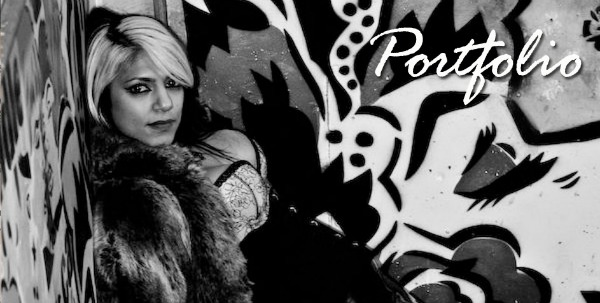 Gita Cellei Followed Her Dreams…And Look at Her NOW!

Who is GITA CELLEI?  A woman who seems to have done it all and still is.  Born to Indian parents and raised in the suburbs west of London, Gita has always wanted to be a presenter.  She even told her German teacher as much and was encouraged to simply follow her dreams by said teacher.  Sadly, she found her parents were not supportive of this, and so she turned to university to invest in her creative career instead.  Gaining her degree in Graphic Design and Visual Communication she planned to follow a career in this area; however, her heart just was not in it, so that career was never pursued. 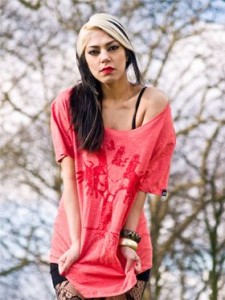 The dream of presenting never left Gita, and she is now combining just a few talents with this in her career.  She is part founder of DistractTV.com, which covers music events all over Europe as well as the NYC fashion week and much more.  She has also interviewed many notables – including Cappadona, the unofficial member of the Wu Tang clan, The Baroness who has designed latex outfits for the likes of Lady Gaga and Janet Jackson.  Also Disclosure, Lanz Peirce, Allure, Liz McClamon (from Atomic Kitten), Kitten De Ville (burlesque performer) – the list goes on.  And she has also produced most of this too – just to add another feather to her cap!   All this in her many capacities as mentioned along with working on radio, acting in corporate films, doing a few stints as a guest speaker and hosting numerous programmes.  Oh, and she is bilingual to boot – speaking English, French and Indian.  Clever lady.

And her inspirations?  Put purely and simply – women!  As Gita explains that coming from an ethnicity where women don’t have much of a say, she has always been drawn to strong women!  And so say all of us!

As for spare time – what spare time?  She does have many hobbies and interests though – including martial arts, fashion, music, burlesque dance, art, TV, celebrities, news, radio and science – among others.

While she has not been the victim of bullying on a personal level, she certainly does have some strong feelings and opinions about it, particularly when asked about whether the governments and schools around the world are doing enough to try to combat this problem.  Her answer:  “NO.  Back in the day, bullying was face-to-face and it was still hard to combat.  Now, with an influx of social media, bullying has even more avenues than before.”  And to try to combat this problem further?  “The government needs to work with these social media outlets to find ways to overcome these obstacles.  There also needs to be a stronger push on communication between students, teachers and parents.’” Gita adds that it has been proven that bullies normally have insecurities that start at home.  And if this is the case, the government needs to start there.”  Admitting that unfortunately not everyone is going to be on-board with this. 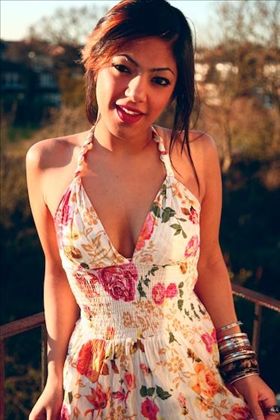 On a personal level, Gita says she would love to empower these people that are being bullied.  “Bullies pick on insecurities, so even giving these young people affirmations and the confidence to believe in themselves is a great way forward.”  And her advice to someone who is currently suffering through this nightmare?  “Confidence is key, as is communication.  Don’t be afraid to speak out.  Confident people do not get bullied.” Gita continues by suggesting that victims should confront their bullies and show them – that’s it – no more.  She adds that she actually gave this advice to a teenager she knows and it really worked for her.

And to finish off, Gita does have a special message she would like to share.  “Confidence in yourself is key.  Believing in yourself is necessary.  Above all life is short, so whatever you do, enjoy it.”

I am a married Mum from Western Australia and while I do work part time for a dietitian, I am also a published author in my own right. Along with being a photographer and journalist – and lots of other things. I am passionate about life – while I am middle aged I do feel that I am ageing backwards – most of the time. Most of my life I have just been ‘coasting along’ – almost veging, I guess – up until a few years ago when I had an ‘epiphany’. I suddenly found myself being ‘forced’ to do something I have always wanted to do – but never known how to. Have books published. Seriously, how do you have books published? For many reasons I pursued this and some years later have two published titles to my name and currently working on four more. The research for three of them is something I am absolutely thriving on – can’t get enough. Yes, I have my hiccups but generally just look at them, think of another way, go around and on. Onward and upward. In a word I absolutely love writing – I am passionate about it. To the stage where I am probably really painful about it.
Previous Your Weekly Dose of Diva: Why “You Should Know” Just Doesn’t Cut It…
Next Just A Speed Bump…