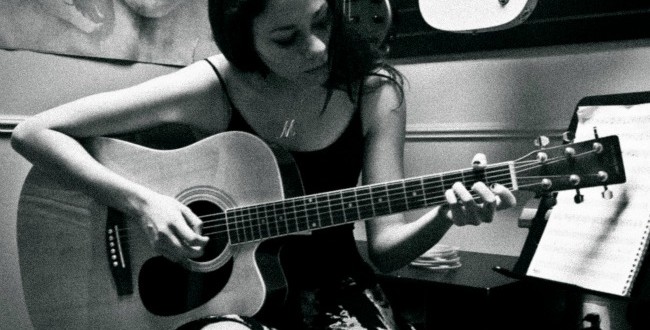 One of my passions has always been helping teens, especially girls who have been through rough childhoods, abuse, 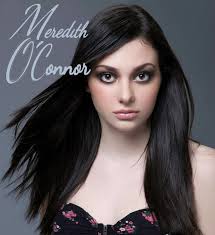 bullying, addictions, etc.  So, when I was introduced to Meredith O’Connor, I was thrilled to have the opportunity to tell her story and bring it and her amazing musical talent to you.  Meredith is a singer/songwriter based in Long Island, New York and a young woman who was bullied during her childhood and early teen years.  Pushing way beyond the personal pain she endured from verbal bullying and rejection, she now reaches out to other young people by sharing her inspiring story through interviews, at live shows, and her song lyrics.  She’s taken the abusive situation of being ridiculed and exiled by her friends for being an “artistic soul” and turned it into a thriving modeling/acting and music career at a young age.

Meredith has an undying love of the theater, both Broadway and off Broadway. She became accustomed to being in front of people while working in plays and shows – a source of inspiration for her music, she said.  It’s not something you would expect an ego bruised kid to do, but instead of denying her right to be different, she stayed the course by immersing herself in the arts and in friendships with those who understood and appreciated her.  After years of developing her crafts, she finally realized that the bullying was not her fault and she had every right to be who she was. Artists like Freddy Mercury, Taylor Swift, and Lea Michelle, those who speak the ongoing message of individuality and rising above challenges, inspire her greatly to overcome and share her victories with others.  “You can be who you want to be, not what those who judge you label you as,” Meredith said.

Bullying is common and ranges in severity and method, sometimes just brushing kids without lasting emotional damage; however, she considers herself one of the victims that had a particularly hard time recovering from it.  “It took me a while to gain back any confidence I lost, because I thought it was my fault I was being harassed,” she admitted. School bullying statistics alone in the United States show that about one in four kids in the U.S. are bullied on a regular basis if you consider live events and texts, according to bullyingstatistics.org.  This is a fact that Meredith O’Connor wants to see change.  With some of her original music on her debut album, such as, The Game, that  focuses specifically on bullying, she hopes to reach those young people with a message of hope and change.  She was also cast to star in an upcoming film called Red Head Randy, a story about a bullied teen.

All these creative projects will help to spread awareness and encouragement, but  for personal relationships, she sticks by the Golden Rule, as she promises to never purposely “betray or hurt a friend”.  She is also more empathetic these days, as she understands how profoundly you can be hurt by mere words and judgement.  “Before I had confidence, I felt unlovable.  I’m over that now, and it’s little things that make me want to change the world. For the first time, in 2012, I spoke about bullying to kids after a show, something I used to be embarrassed about.  Now, I know its not my fault, and I will see to it that I teach young girls and boys that its not their fault either,” Meredith said. 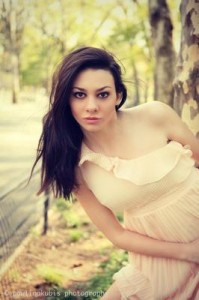 This multi-talented young woman has an innocent strength and speaks with a mature sincerity rarely found in those her age or even older.  With her flair for all things fun and a need to reach out to the hurting, it’s easy to see that her beauty runs far deeper than her powerful brown eyes and gorgeous head of hair!  “When I was fifteen, I signed my first contract with City Model Agency. There, no one criticized how I looked, they were kind and professional. I loved that environment, and quickly became known as the ”down to earth” one.” Meredith believes true beauty is positive power.   “We all have the power, as women, to make each other feel beautiful, and the more you use that power, the more beauty you have,” she proclaimed.  She looks to her mom and best friend, Arii, for strength and support – that positive power.

Musically, her main goal is “to make enjoyable, catchy, pop music that people can sing and dance to,” she said.  “The messages, however, are meant to be relatable to anyone going through a hard time. My goal is to impact the media in a positive way, and offer teens these messages during a time when they need it most.”  You can hear samples of Meredith’s latest work here.

Meredith hopes for a strong future in the music and film industries and is also not going to give up her drive to help others.  The near future holds some promise for all of those things as she lights up local venues with her youthful music vibe and heads out with the Reach Out Organization to tour schools and talk about her bullying experience.  She also gladly dreams of winning a Grammy, starring on Broadway, oh, yeah…and changing the world.  “But one step at a time,” she says with a smile.

I hope you enjoyed reading about this up-and-coming all-around star.  Please send her some love with a comment or question or connect with her through her website.

Thank you, Meredith for sharing your voice with us! You truly have some powerful words to speak and sing!

"I make no excuses for my diverse roles as a Rock Your Feminine Type Coach™ and Branding Expert, best-selling author, and crime thriller novelist. Yes, I do still chuckle a bit at the irony. I kick ass as a women’s biz coach by day and kill off vulnerable fiction characters at night. What the hell, it makes for some interesting dreams. I believe that everyone should pursue their passions no matter how out there they seem to be. One of those pure heart-fluttering passions for me has always been writing. Since I did, indeed, chase my dream of being a writer, I've published two non-fiction books in the self-development genre, co-authored an international best seller, and now I'm finally pushing my much-too-old-to-be-in-the-nest novel out the door and into the world. My whole world is empowering and I adore showing others how to live life unfiltered, whether I do that through the written word or my coaching work. I love my job!" ~Kellie R. Stone
@womenslifelink
Previous Fierce And Feminine, Fighting For Future
Next Cultivate Your Acre!

It gives me very great pleasure, to say nothing of pride, to introduce a woman who is all the above and more and also my friend of some years’ standing. Please meet aged care worker, Monica Perrett, mum to six and grandmum to one. A real battler. Monica says, she has always supported the underdog and fights for what she believes is right. And, believe me, I have watched her, albeit from afar, and she is all that she says she is.